On Footballers and Soldiers

Many of you may well have seen the following picture making the rounds on Facebook: 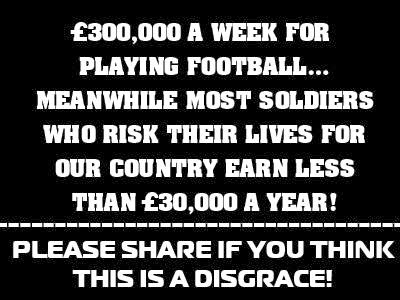 Some you may have liked it or even shared it but, at any time, did you stop to actually think about it?

Let’s do that now, together. We’ll take it in stages.

As a society, we’ve always revered and worshipped sports stars. This is not a new phenomenon. In fact, the highest paid sportsman of all time was most likely a slave-turned-chariot racer in around 2 C.E. It’s thought that Gaius Appuleius Diocles could have earned as much as £9.6 billion! I somehow doubt there were people proclaiming it unfair that the soldiers of the Roman empire didn’t earn similar amounts. Sports people do what they do for our entertainment and we put a huge value on our entertainment. Have you noticed you rarely see posts like this complaining about actors earning tens of millions of dollars for a film? Which requires more skill, really? Football is hard, guys! Players who earn the huge money are the best players who play for the biggest clubs. These clubs sell the most merch and demand the highest ticket costs. This means then can pay the most, attracting the best players to their club and so on. It’s called capitalism. Yes, it’s ridiculous that grown men who chase a glorified pig bladder for a living get paid millions but that is the value we, as a society, place on our entertainment. 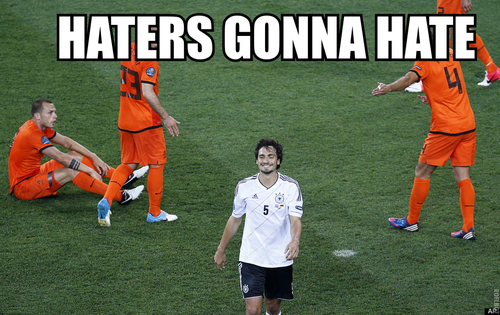 Whilst army sergeants earn over £30,000, most standard soldiers earn upwards of £17,767. Soldiers on officer training start at over £24,000 and that goes up over £38,000 if you reach captain. So the numbers are actually lower than stated but let’s examine them anyway. First of all, £17,000 a year is not a bad wage. It’s below the national average but I would say it’s still more than your usual wage slave earns. Remember, the averages are pretty skewed by the highest earners. Also, consider that, for many soldiers, cost of living is greatly reduced if they live on base. I’ve only used the army here, so it may differ for other services.
Next, and I think most importantly, soldiers are not forced into their jobs. There’s no press gangs roaming around and there’s no forced conscription. Also, I’ve noticed I never see posts bemoaning the pay the police get or the ambulance service. These people put themselves in harms way to help people right here at home. Why are we not complaining on their behalf?
It seems to come down to the special status we bestow on the armed services and the special hatred people seem to hold for football players. Corporate CEOs earn millions! Why is this not about them? Although people may not think football players ‘work hard’, I promise they do. Remember, these people basically devote their lives to a game, practicing constantly. I imagine it’s drastically more difficult than sitting on your arse in an office and partaking in some slacktivist picture sharing on Facebook.

One thought on “On Footballers and Soldiers”