On Crime And Punishment

Recently, me and the missus have been watching a lot of Traffic Cops and similar such shows. There are few things quite as satisfying as watching some mouthy little fuck get himself arrested.

The problem is that the Police often can’t charge the little bastards, or at least not with anything major. It’s usually a night in the cells and then a fine or something like that. Most of them have done it before and will again.

I wish to propose a new way to deal with these minor offences; a new tool to help stamp out petty crime.

Say some little shit commits some minor crime, like drink driving. He hasn’t hurt anyone but he could have done.

5 minutes in a dark cupboard with an angry badger.

I don’t know about you, but if I had to spend 5 minutes in a dark cupboard with this: 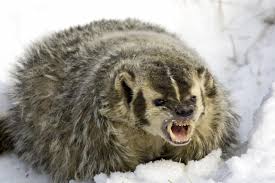 I really don’t think I would be inclined to re-offend.

For a more serious crime, like mugging (assuming no-one is injured), maybe 15 minutes in the Badger Cupboard.

I think we could save a lot of money, time and resources, as well as helping to deter criminals whilst they’re still on small time crimes. The only real over-head is Badger Upkeep. 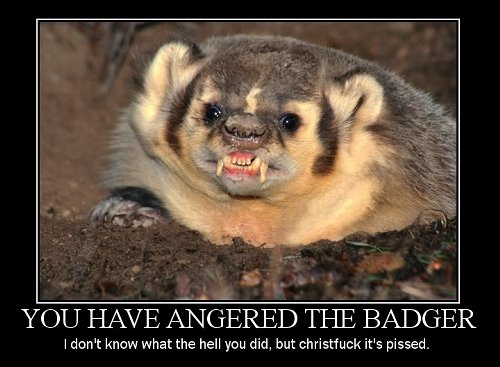