Why you are entitled to exactly dick

We have a huge problem in the UK. Lazy fucking bastards.
They’re everywhere. Our economy is straining under the weight of their idle bodies.

Let me explain… In the UK, our government is quite happy to pay able-bodied people to sit at home and do nothing. We call it The Dole. People finish school, after putting in no effort at all, and then sign on and get money for nothing, every week.

It has become a trend in this country for people to make a conscious decision to not bother working and to sign on instead, and it needs to stop.
When I turned 16, I went and got a job at Sports Soccer. It was fucking horrible. I was selling over-priced trainers that I hated to Chavs I couldn’t stand, but I did it!
I have barely been out of employment since, about 5 months in the last 8 years, and I didn’t sign on in that time. The 5 months I was out of work, about 2 months after I got sacked from a job for spurious reasons and the other 3 after the Music shop I worked in went into liquidation, were spent looking for another job. I couldn’t sit at home, sponging off the state, for the sake of my own pride! Every job I have had I got by going after it.

The problem we have is that children are raised by terrible parents who instill into them a sense of entitlement that is all out of proportion and a belief that it’s just fine to sign on instead of working.
The kids don’t bother making an effort at school, often not going at all (which is ridiculous considering the very high level of free education we get in the UK) and then at the end, when they fail their exams and get no qualifications they expect to be handed the job they want and when that doesn’t happen they just sit back and sponge, just like their parents, and the cycle continues.

The media bangs on that there’s no jobs, but that is utter shit. There are plenty of jobs but these idle bastards, with their over-inflated sense of entitlement, think they’re too good for them.
Look, if you couldn’t be arsed getting any qualifications when you had the chance then you shouldn’t be surprised when the only job you can get is flipping burgers or picking up rubbish on the street.

The brother of one of my oldest friends was expelled from school and thus failed his GCSEs. Why he was expelled is immaterial and was pretty ridiculous. He could have just sat back and signed on but instead he went and did a plumbing/electrician apprenticeship and started pulling in really good money which then allowed him to fund his real dreams and he’s now doing well for himself, because he put the effort in.

What kills me is the people who sign on and think they’re too good for menial jobs are the same people who bitch and moan about immigrant workers. The fact is that the immigrants are willing to do those shitty jobs because they understand that you need to take what you can get. At the end of the day, if all the immigrants left the UK, the economy would collapse because it is those migrant workers that are the foundations.
Personally, I would much rather have hard-working foreigners than idle natives. I know which is more useful.

This is not to say I am against benefits. A lot of people genuinely need that social security net. People who get laid off, through no fault of their own, and still have rent and bills to pay while they look for another job; people who can’t work, through disability or similar; single mothers with no support who haven’t the time to work because they’re raising a child; low-income families who need a little help to make ends meet – these are all reasonable uses of public money. It should still be used sparingly and as a last resort, in most cases. 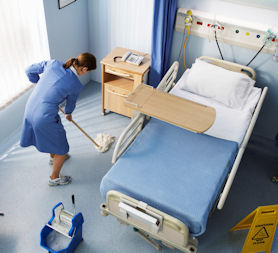 People who are perfectly able to work and sign on instead should be issued with jobs, rather than the government just paying them by default. If they want money, they should fucking well work for it! I do! Put them in menial jobs like street sweeping, refuse collection, portering in Hospitals, low-level kitchen work, cleaning work, etc., that don’t require qualifications but are important and necessary jobs. They’ll be earning money and maybe forcing them to do a shitty job will give them the impetus to look for a better one, knowing they can’t just sit at home and sign on.
By giving them that Get Out Of Work Free card, there’s no motivation for them to go and get a job.

Or how about this – Instead of giving them money which they will spend on shit, issue them with the bare minimum of necessary vittles and sundries. Bread, Milk, Cheese, Butter, Pasta, toilet paper, soap, etc. Rather than them going and picking up a cheque they can spend on White Lightning and drugs, they get issued groceries worth the same amount.
On top of that, give them a yearly clothing budget and a sewing kit.
If they want nicer things they will have to get jobs to pay for them.

I know I may seem harsh but I pay a lot of tax (nearly 10% of my earnings, if my maths is correct), a huge chunk of which is handed to idle lay-abouts.
How is that fair? I would much rather that money was spent on schools, roads, public services, instead of being handed to people too lazy to earn their own money!

We simply cannot afford, as a country, to support people who are putting nothing into the coffers. Get off your arse, get a job, pay your way. It’s that simple. If you are able to work and can’t be arsed, please get the fuck out of the country because I doubt I’m alone in saying we’re sick of paying your way.

2 thoughts on “Why you are entitled to exactly dick”