I read a news article today that has put a cold dread into my bones.

At the new Forth Valley Royal Hospital in Sterlingshire, Scotland they are going to have a team of automated, independent robots doing numerous jobs, from cleaning the Operating Theatres to giving out medication. 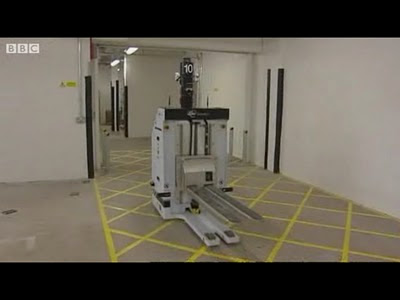 The robots will have their own network of corridors under the hospital, two sets of lifts (one for ‘dirty’ and one for ‘clean’) and a hunger for human flesh.

They will be able to open doors and things via their on-board computers and also lock down the Hospital when they initiate the Robopocalypse.

The Hospital is also going to have a fully automated Robot Pharmacy where they will sort, label and dispense drugs. If you cannot see why this is a fucking terrible idea then you have obviously never had your bags lost by an airline. Computers are only as good as the men who programme them and men are terminally fallible. Just like the automated systems at airports that send your bags to Brazil whilst you fly to Europe, these computers could very easily make mistakes but rather than a lot of hassle and insurance claims it’s a lethal dose of Morphine being given to your relatives. 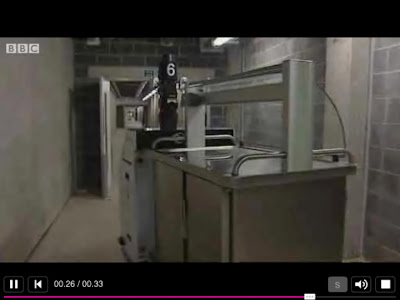 So, this hospital will be being run, in a big part, by largely autonomous robots with lasers to guide them around and make sure they don’t run into people.
Hospitals, by design, are full of the sick, the weak, the frail and it doesn’t take a genius to see that, sooner or later, there will be a malfunction which will end in carnage. Even if the robots don’t overthrow their controllers and take the hospital by force (which they almost certainly will) it is very, very unlikely that it will be all smooth sailing.
All computer systems are prone to error, only when your PC cocks up you only loose your music collection. If the guidance system packs up in one of these things the vast majority of hospital patients are not going to be able to get out of the way.

The results will be Grandma Pancakes.

One thought on “Robot Hospital”